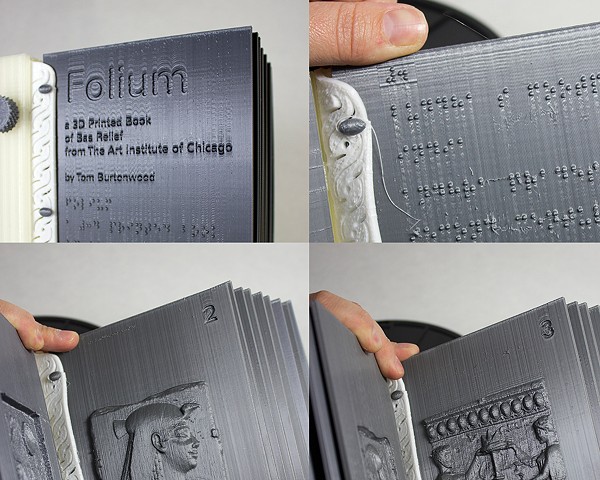 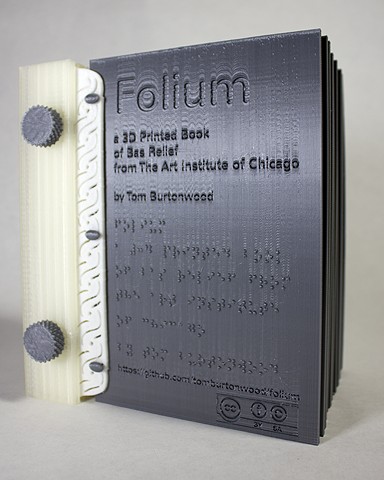 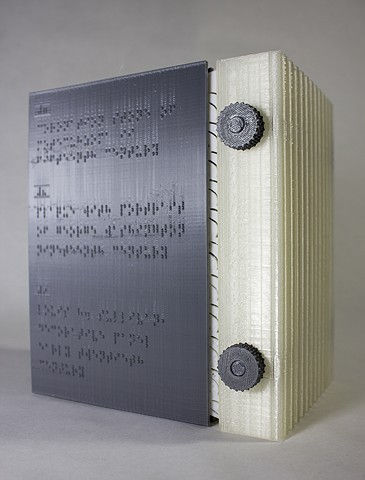 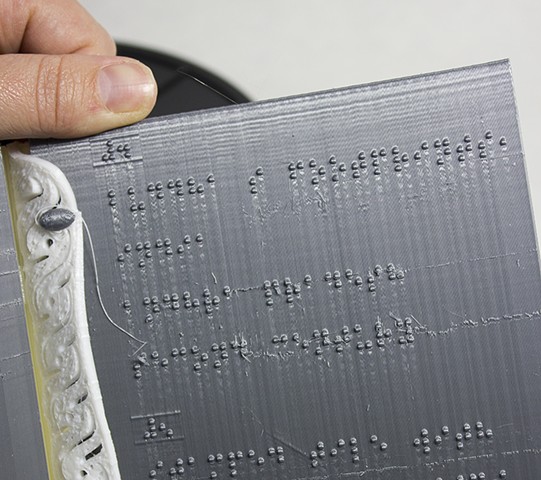 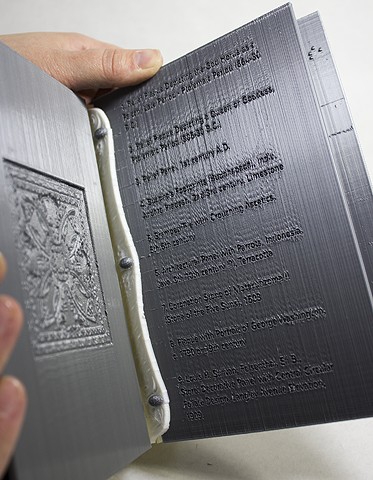 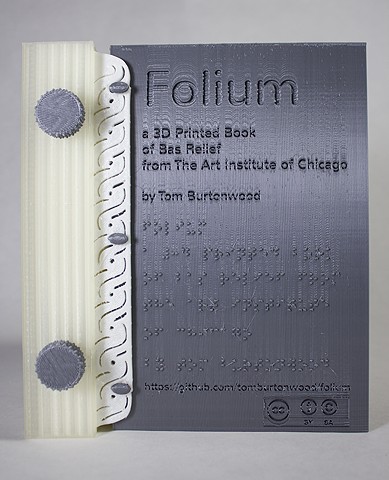 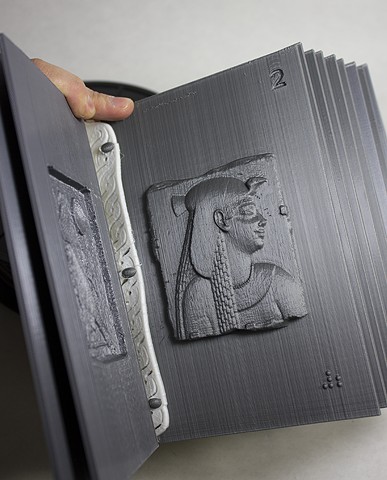 Folium was produced at the Art Institute of Chicago between January and August 2014 by Tom Burtonwood as part of his Artist in Residence in the Ryan Education Center. Folium is a 3D Printed Book of Bas Relief from the museums collection spanning over two thousand years of human history. The title Folium is derived from the Latin for leaf and refers to the decorative leaves that allow each page to flex.

1. Relief Plaque Depicting the God Horus as a Falcon, Late Period – Ptolemaic Period (664-30 B.C.) 2.Relief Plaque Depicting a Queen or Goddess, Ptolemaic Period (305-30 B.C.) 3. Relief Panel, first century A.D. 4. Buddha’s Footprints, India, Andhra Pradesh, second century 5. Stamped Tile with Crouching Ascetics, fifth century 6. Architectural Panel with Parrots, Indonesia, Java, ninth century 7. Coronation Stone of Motecuhzoma II (Stone of the Five Suns), fifteenth century 8. Plaque with Portrait of George Washington, nineteenth century 9. Louis H. Sullivan, Felsenthal, Eli B., Store: Decorative Panel early twentieth century. Each of the scans is printed with the positive and negative on the same page, allowing people to use malleable materials to create copies of all the pieces inside Folium. Simply undo the two securing bolts and slide the pages out. Detach from the flexible leaf if you choose. When finished simply reinsert and slide the bolt through and secure with the nut.

Each page is attached to a flexible leaf held in place by two 136mm long bolts and which are secured by two knurled nuts. The nuts and bolts are derived from "Knurled surface finishing library" an openSCAD library by aubenc http://www.thingiverse.com/thing:9095 Each "leaf" should be printed in Ninjaflex, PolyFelx or a similar flexible thermoelastic polymer allowing the individual pages to flex and open.

Folium is designed with braille translations of the front cover, and the list of works to aid recognition for the low sighted and visually impaired. The braille translations were produced using nischi’s openSCAD Braille Writer library http://www.thingiverse.com/thing:36921and jaqtikkun’s openSCAD Braille numbers, 1-12 in Nemeth code with number sign http://www.thingiverse.com/thing:274081

This work is licensed under a Creative Commons Attribution-ShareAlike 3.0 Unported License. Links