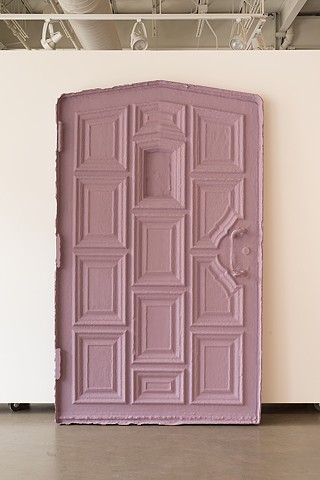 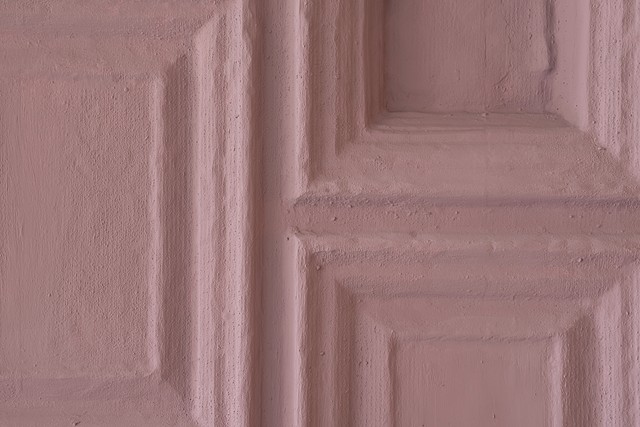 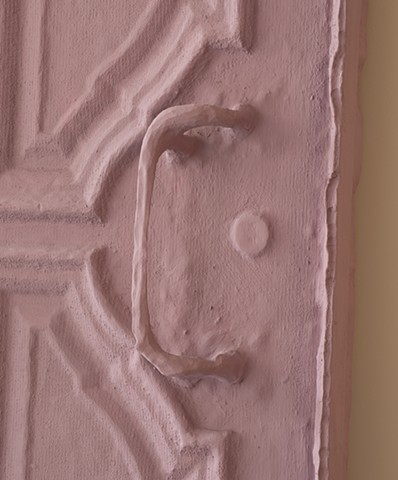 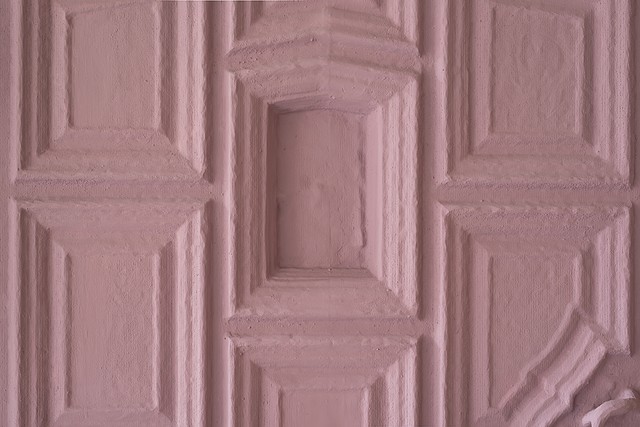 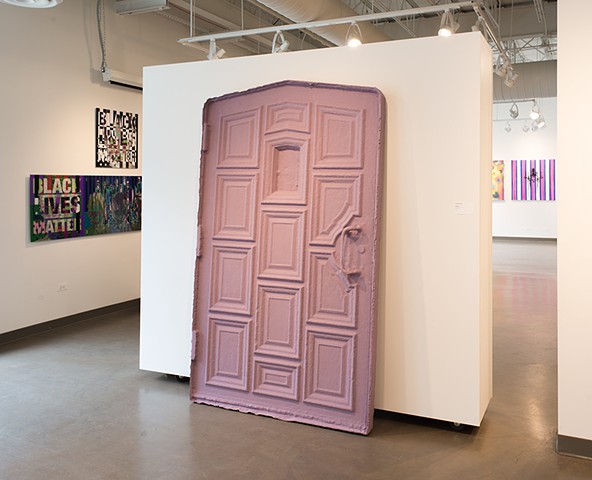 An aperture can be both an entrance or an exit, but it is more commonly thought of as an opening through which light passes to be burned onto film or encoded by a sensor.

Aperture is a product of all these possibilities. It is at once a celebration of the new whilst paying homage to the past. It is informed by both photography and sculpture and sits somewhere between the two.

Milled by a machine from data acquired from photographic images. The subject is a door transposed from the old Evanston Art Center to the new one. Its grey pink color evokes the idea of a shadow as if it is being projected from the past into the future. Aperture embodies the virtual, making it permanent and tangible.

It is to paraphrase Vilém Flusser a ‘technical object’ born from the product of photographs to form a three dimensional tessellated surface. The evidence of this topology is is inscribed in the form as an undulating interplay of faceted triangles. Leaning against the wall Aperture is image and sculpture, to be read as both a physical and pictorial representation of the door. Like a photograph it is inexact and yet precisely made.